We are closed Every Monday for Maintenance.

At 9 years old, a certain boy, would take to the streets of Taytay and kick start a journey.
A Japanese c90 motorcycle will be the unwitting companion to this boy and his dreams.
At 13 he will experience his first 2 wheel accident but this incident will only fuel his passion for riding.
In 1993 he experienced his first Offroad Adventure, joining the 1st Endurocross, organized by S.T.R.O.L (Sunday Trail Riders of Luzon)
Fast forward 1998, the same boy from Taytay will emerge as a National Motocross Champion for 2 categories, winning Open Power Enduro and Open Production Enduro for beginner’s category.
In 1999 he will earn the title of Gym Khana Champion, a true measure in precision riding.
The turn of the new millennium marks the start of a lifelong commitment, pioneering a syllabus in motor cycling safety.
In 2003 and 2004 shifts to Road Racing Super Stock and would be a Champion in this new league.
IN 2007 " In Japan he attended and completed trainors training in a prestigious motoring school from which he obtained further knowledge in riding , which he now applies in his mentoring.
In 2010 he will mentor a 21 Year Old Maico Buncio, considered as the Philippines fastest man in two wheels during his time.
In 2011, The Philippines will experience a catastrophic loss with the tragic passing of Maico Buncio during a qualifying run. This event will forever change the tenets of motorcycle riding safety. From this point on Mel Aquino will raise the bar of rider welfare into a level exceeded only by his passion.
Mel as he is known in the motoring world today is driven with the same passion that kick started his career during his youth, this fervor for riding is what fuels Mel to impart his knowledge of safety riding through the Mel Aquino’s Yamaha Off Road Training Camp.
The Mel Aquino’s Yamaha Off Road Training Camp is the first off road school (recognized by Motorcycle News, Europe) in existence in the country to date. With the camp as his proving ground, Mel seeks to educate a new generation of riders, versed in SAFETY RIDING STANDARDS, while enjoying the freedom of riding.
Mel Aquino remains his methods unsurpassed. In a nutshell a true hero and a life force.
Born out of the passion for riding and the collective yearning for the freedom to ride, will rise a venue for those willing to share the same passion.
Offroad, maybe a moniker for places, isolated or unreachable. The exact opposite of this school for riding, as all roads lead to Mel Aquino’s Yamaha Offroad Training Camp.
KRB Speedway, Brgy., Inarawan, Sampaloc, Antipolo City, beside RC Cola towards Marilaque, is a world class motocross and off road facility that caters those who seek a professional setting, paralleled with world class safety standards. KRB Speedway started as a private practice area of Roe Bautista, who made himself a name in the motocross scene.
This unassuming venue, is a legendry relocation for those have the guts to taste two wheel riding in its purest form, unadulterated, just the bike, the dirt, the rider and the freedom to ride.
With almost only 2 years in existence, the school has become the proving grounds for some of the most promising riders of this generation. The school brings family and people together, there is no class divide in the school as A list celebrities and professionals and people from all walks of life gets schooled no strings attached. A whole day event which is the full program for every course turns into a following for some students, proving that Mel Aquino’s Yamaha Offroad Training Camp, is one authority, bar none. 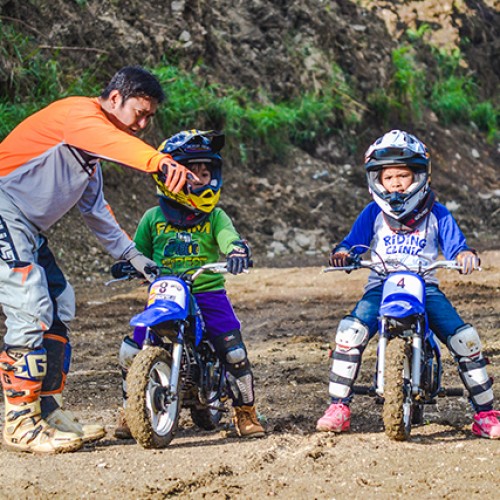 Learn to Ride (Kids and Adult) 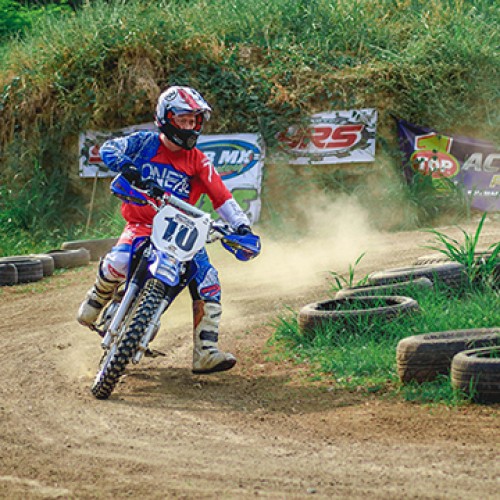 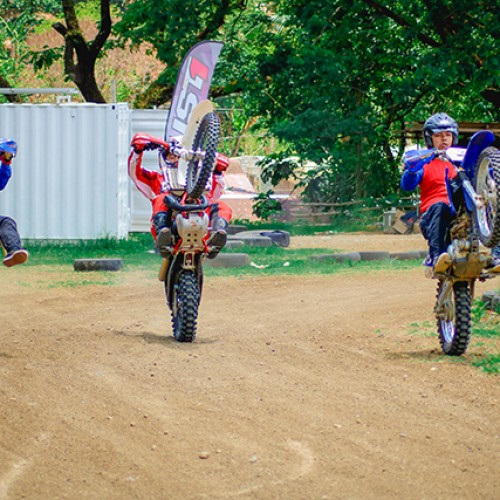 Camp and Trail (per head rate) 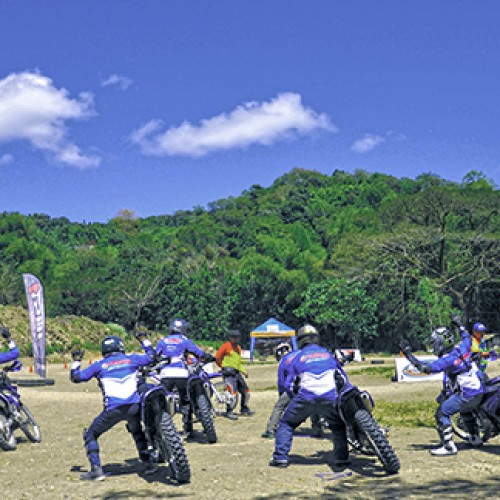 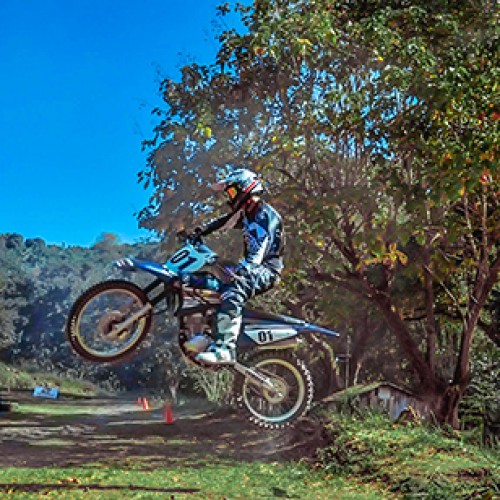 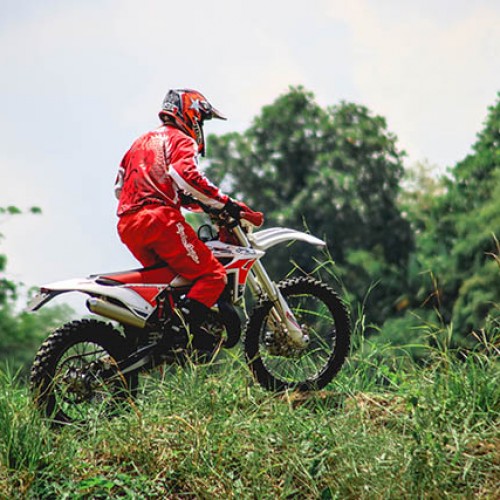